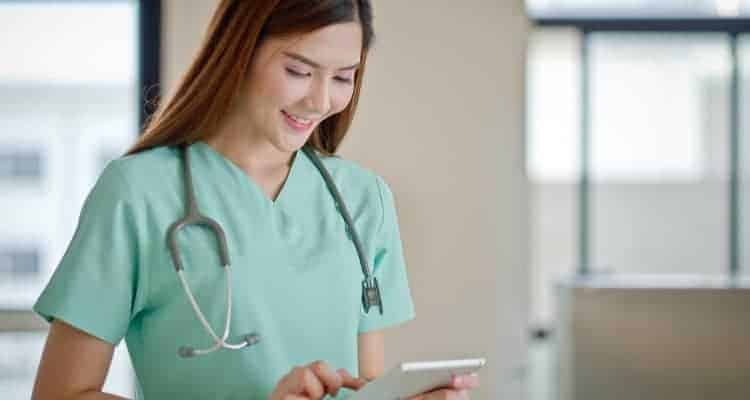 While most nurses enter the nursing profession with the best intentions, every month Boards of Nursing (BON) in each state revoke or suspend dozens of licenses.

Some of the top reasons nurses lose their licenses include everything from failure to pay child support to fraud and illegal workplace activities and also patient abuse or neglect.

Here is a closer look.

*Disclosure: This article on why nurses lose their license may contain affiliate links. If you click and make a purchase, I may receive a commission. For more info, please see my disclaimer.

Reasons Why Nurses Lose Their Licenses

If a nurse fails to pay child support, the courts may temporarily suspend his or her nursing license.

All 50 states have provisions that authorize the suspension or revocation of licenses for failure to pay child support (source).

This includes occupational and professional licenses, such as a nursing license.

Depending on the state, the license may remain suspended until the nurse pays back child support.

The state’s requirements may also include the need to comply with the court’s rulings within a set timeframe or risk permanently losing the license.

Abusing a patient is a serious matter and more likely to result in a revoked license.

Patient abuse is much more prevalent among elderly patients.

According to a review, most elder abuse cases involve financial mistreatment (source).

From most common to least common, neglect, emotional mistreatment, physical abuse, and sexual abuse are the top reasons for patient abuse claims.

3. Sexual Misconduct Is a Common Reason to Lose a Nursing License

Sexual misconduct may include boundary violations between nurses and patients or nurses and other healthcare workers.

While the violations depend on the policies of the hospital facility and the state, nurses need to follow a professional code of conduct.

In most states, nurse-patient relationships are a major violation and cause for disciplinary sanctions, including the revocation of a license (source).

Sexual misconduct outside the workplace, including convictions, may also result in disciplinary action.

4. Drug-Related Violations May Lead to the Loss of a License

According to research on the impact of impairment in the workplace, about 10% to 15% of all nurses are actively impaired or dealing with recovery from alcohol or drug abuse (source).

This limits their ability to perform their job duties, jeopardizing the health of patients and often leading to the revocation or suspension of their licenses.

Along with working while impaired, nurses have lost licenses due to drug or alcohol-related convictions.

Diverting drugs for personal use, sale, or distribution to other patients also provides grounds for losing a license.

False documentation accounts for close to 3% of all disciplinary sanctions against nurses, according to a 2009 report on nurse violations by the National Council of State Boards of Nursing.

Intentionally omitting information in an application is a common example.

Nurses may leave past convictions out of their applications, which is a violation and reason for license revocation.

Last but definitely not least is the breach of patient confidentiality (or HIPAA violations).

Patient privacy is a big deal and it’s the responsibility of nurses and other health care providers to protect that information.

Failure to uphold HIPAA laws can result in getting fired from your nursing job or the revoking of your licensure.

For extreme circumstances, it can also result in fines and potentially criminal charges (source).

From what we’ve gathered medical errors and unintentional mistakes rarely lead to the revocation of nursing licenses.

The most common reasons why nurses lose their licenses are related to intentional acts that violate laws or the policies of the healthcare facility, such as drug abuse, neglect, and engaging in unprofessional conduct.

Please log in again. The login page will open in a new tab. After logging in you can close it and return to this page.