One of the most prevalent tech questions I get from prenursing students is whether or not they should get an iPad for nursing school.

Here’s the short answer to whether or not you should get an iPad for nursing school:

Should I Get an iPad For Nursing School?

Getting an iPad can give nursing students a lot of functionality they wouldn’t get with a traditional Windows laptop or MacBook. If you can only afford one get the laptop because for most students an iPad will not easily replace a traditional laptop.

Pros and Cons of Using an iPad for Nursing School

I gave you the short answer above let’s talk about it a little bit more because the detailed answer is that it really depends on you, your nursing program, and of course your financial budget.

The truth is I’m not against iPads (or tablets in general). In fact, if you can afford it I think every nursing student should get an iPad along with a MacBook because there are some key perks with having an iPad.

If you watch the video above you’ll see me talk in detail about what my experiences were using an iPad in nursing school as my daily driver after my laptop broke.

Pros of Using an iPad for Nursing School

There are two primary reasons students look at getting an iPad. The first reason is that they are great ways to take notes during school.

There are a couple of different ways you can take notes using an iPad. The first is by writing out your notes with a stylus.

Styluses and dedicated note-taking apps have gotten so much better since I was in nursing school. Because of that taking notes on a tablet and keeping track of them is easier now than ever before.

If you’re not into writing you can attach a Bluetooth keyboard to the iPad and type out your notes. That’s what I did when I was using the iPad (I talk about that in the video above). 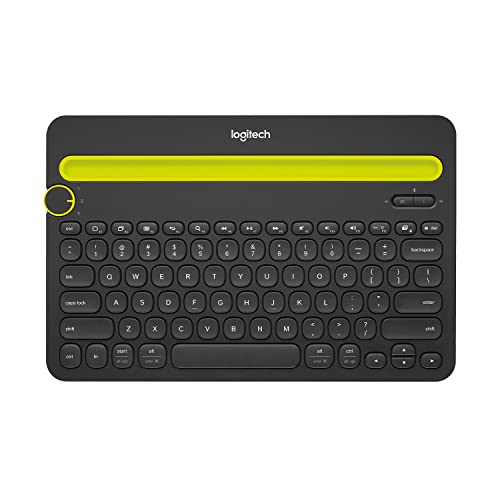 Logitech Bluetooth Mulit-Device Portable Wireless Keyboard (with Built-in Stand)
Here's an example of a bluetooth keyboard that would work great with an iPad. It's from Logitech so you know it's quality. This one also works with a Windows and Mac computers and Andoird tables also.
Check Current Price

If you’re not into writing and typing you can also record your notes with the iPad as they come with a built-in mic.

When it comes to recording lectures make sure you get permission from your nursing instructor before doing so.

Also, while you can use the iPad to record lectures it wouldn’t be my first option (or second for that matter). You would be better off going with a dedicated recorder like this one.

2. You Get to Buy Digital Textbooks

If taking notes is the first core benefit of an iPad then being able to buy digital textbooks has got to be the second.

Here are some of the online platforms you can use to buy digital textbooks. If they don’t have it on one they might have it in another.

Don’t forget to check at least 2 platforms before buying, sometimes the price can vary significantly.

3. Keep Your Notes and Documents Organized

With all those notes you’re taking having a good way to keep them organized is a must and luckily you can with an iPad.

It all starts with what note-taking app you’re using. Luckily the iPad has a lot of good options such as:

Most note-taking apps will allow you to categorize/tag your notes.

Some will also allow you to search through your notes by either the tag or description you write or by actually scanning the note (even the handwritten ones).

4. Easier to Carry Around Around

By design, iPads are lighter and easier to carry around than a MacBook.

If you take full advantage of the iPad such as buying only digital textbooks and writing/typing all your notes with the iPad then theoretically if you’re going to the library or to a friend’s house to study you could be traveling really light.

That sounds really convenient. Another plus is how much you’ll be saving your back by not carrying around all that heavy stuff in a backpack.

5. Never Worry About Losing Anything

I’m not advocating for being careless and losing your iPad. They’re obviously not cheap.

But if you were to lose your iPad as long as you have it set up so it backs up to iCloud (also make sure your note-taking app and everything else is backed up) you’ll reduce the number of things that are permanently lost to you.

All you would have to do is buy another iPad and re-enter your credentials and redownload everything to that new one.

6. Save Money on Supplies

Buying digital can at times be cheaper. Digital textbooks can be cheaper than physical textbooks. You also get to save money on supplies like pen and paper.

This is not always true because with digital you lose out on buying used but it’s still something to keep in mind.

I mentioned this earlier but it’s worth highlighting again. From someone who has carried a heavy backpack for years, this is a bigger deal than I think most students think.

Regardless of whether or not you get an iPad, for your nursing program make sure you’re being mindful of what’s in your nursing backpack.

Cons of Using Just an iPad in a Nursing Program

1. Hard to Layout Everything Side by Side

Have you ever had those topics where you’re trying to see a connection so you lay out all your notes side by side so you can quickly look back and forth between different pages?

Something like that is very hard to replicate on a tablet.

Some programs do give you options to quickly reference different pages but many of those programs don’t do that very smoothly. For the ones that do it’s hardly the same thing.

I know what you’re going to say “you can just print out the notes.”

That statement is true but it leaves out some key things. The first is that a printer isn’t always readily available. The second thing is printing out and having paper kind of defeats a lot of the convenience of having a tablet in the first place.

2. You Can Spend Too Much Time Customizing

The issue with a lot of these apps is that they give you a lot of customization options. Some of them give you too many options.

If you’re not careful you’ll spend too much time doing random categorizing and color coding and not enough time studying.

To be fair plenty of students fall prey to over-customizing even if they’re just using pen and paper. Have you bought a used textbook and flipped open the pages and it looks like someone went over every line with a yellow highlighter?

I love technology. I would consider myself a tech junky actually, but even I understand this one statement:

“Technology is awesome until it’s not.”

You’re going to have some tech issues that you’ll need to solve. Granted it might not be a major issue but they’ll be something. That’s just the nature of using any kind of tech.

The one good thing about the iPad is that for the most part, they tend to not have major tech issues, and the rare times they do you can get taken care of pretty quick at the Apple Store.

4. You run out of battery

Do you know the one good thing about pen and paper? You know, besides not having technical issues?

The iPad has a long battery life and the chargers are easy enough to get, but once again it’s something you’ll need to keep in mind.

5. It Can’t Replace a Regular Laptop

Tablets have come a long way. There really is just about an app for everything. But even though there is an app for about 99% of things I would argue that 1% can be a big problem.

For example, the tablet/mobile version of the Microsoft Office suite of applications (Word, Excel, PowerPoint) still pales in comparison to the full version on a traditional laptop or desktop.

There’s still plenty of other software applications that still require a traditional setup.

Lastly, while they’re including touchscreens on everything under the sun, I still think a mouse and keyboard are the best solutions for certain situations.

The Best iPad for Nursing Students

So, you’ve read this and you’re thinking you would like to get an iPad for nursing school. If that’s you here are some of your best options. 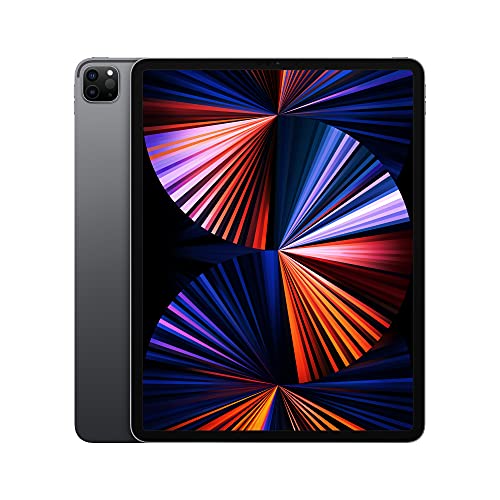 Apple iPad Pro
The most premium version of the iPad line of products.
Check Current Price

This is the option you should pick if money is not a problem for you. The power, speed, and capabilities of this iPad in its elegant form factor is impressive.

If you’re wanting to try to not have a MacBook and only go with an iPad this is where you need to start.

The Middle of the Road: iPad Air 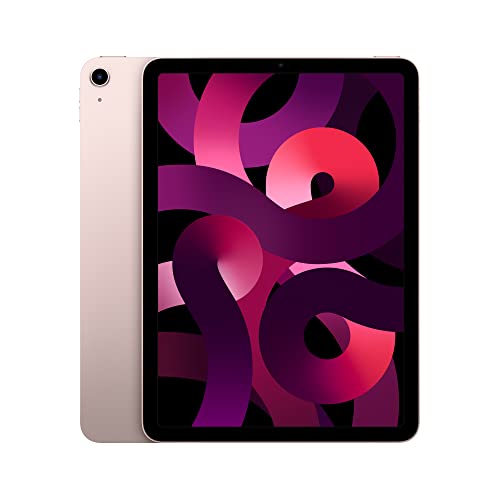 This is the option most people will probably find themselves in. It gives you the best balance of power, performance and price. 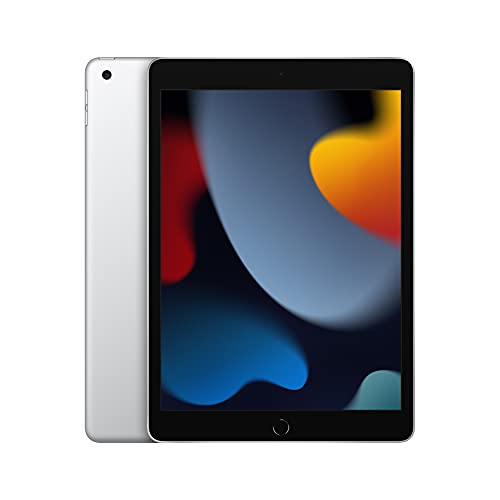 Apple iPad Mini
The budget option. Make sure you have a good laptop as a back up.
Check Current Price

This is the option if you’re not really sold on the idea. Maybe you’re just wanting an iPad for 1 or 2 use cases. If you’re picking this definitely make sure you have a good laptop for nursing school like the MacBook Pro. 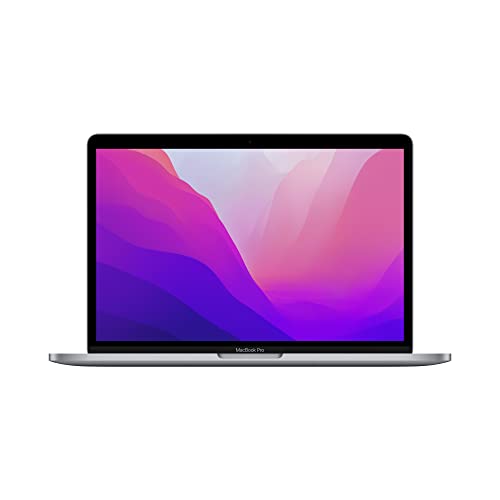 iPads Are Useful for Nursing School

I think every nursing student could benefit from having an iPad. It doesn’t replace a laptop, but it can give you a lot of flexibility depending on what you’re trying to study.

Have You Read Any of These Yet?

Nursing students do not need an iPad. An iPad can make many things easier in nursing school, like taking notes, but you don’t need it. Also, it doesn’t replace your laptop and shouldn’t be your only device in nursing school.

Yes, it’s worth buying an iPad for nursing school. An iPad does many functional things, such as taking notes, using the Apple Pencil, and reading textbooks. All of this makes it a valuable tool for any nursing student.